Connect Main Street is a planning and design project exploring opportunities to transform an approximately two-mile long stretch of Main Street. The project's long-term vision is to create a community corridor that supports active lifestyles and transportation choices by providing a safe, beautiful and sustainable linear parkway that connects people, places and activities for generations to come. The conceptual plans can be viewed on the Planning project webpage.

The City Council accepted Draft concept on August 5, 2015. On July 19, 2016, the City Council directed staff to prepare a General Plan Amendment incorporating a new Special Treatment Area within the project area. It will include a general description of Connect Main Street and the accepted vision and goals as well as provide general direction for future improvements within the corridor. Once adopted, the City will seek funding for the 100% design and construction of the project.

On October 18, 2016, the City Council adopted a General Plan Update and accepted the completed conceptual plans and 30% drawings. The next steps include preparing the 100% design and construction drawings and then constructing the project. Grant funds will be applied for as a part of these efforts. Partial construction of the section from Broadway to Central Avenue is funded and is expected to be completed in summer 2017. The remaining segments will be constructed as funding allows in phases starting on the north end and then in phases to the south.

100% design and construction documents have been designed for a partial segment along Main Street between Broadway and Pacific Ave. The City has hired New Century Construction, Inc. to begin constructing this exciting project Barring weather restrictions, construction will begin on Tuesday, March 28, 2017 and will continue through May 27, 2017. During this time, sidewalks will be repaired and constructed and new trees will be installed to beautify the segment.

We are here to help. Reach out to the following contacts:

Work is wrapping up for the Connect Main Street Project. The Contractor is planting trees and will begin to stripe, add new signage and stain the sidewalks by mid-week. Pacific is now open for thru traffic between Main Street and Olive Street. The project should be complete by the end of this week. 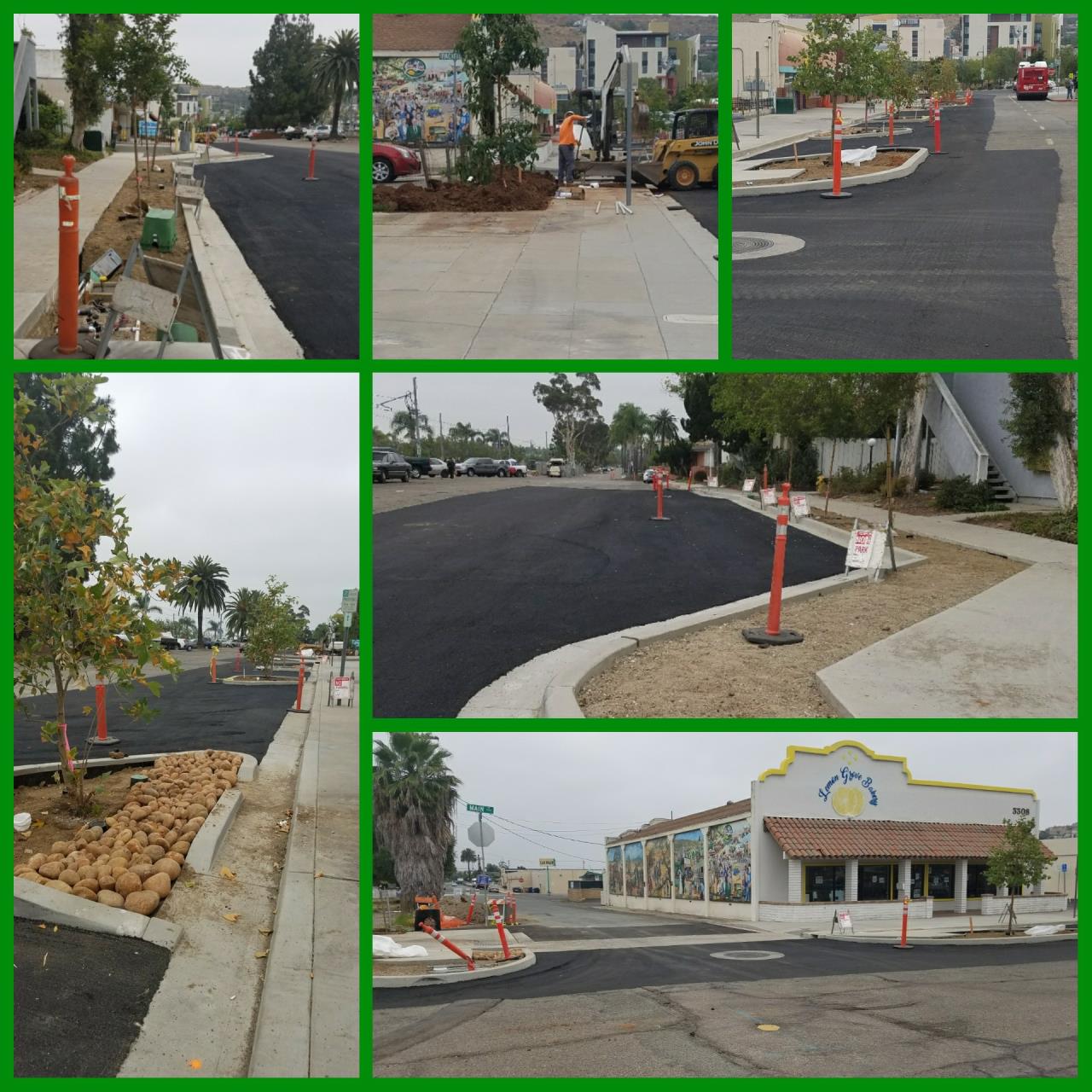 Work started just north of Civic Center Park on March 29, 2017 and is making its way north on Main Street. Pacific will be closed at Main Street starting approximately April 14, 2017  and lasting through April 21, 2017. Vehicle traffic wishing to travel north on Main Street to Broadway will need travel south on Olive Street to Central Avenue eastbound and then turn northbound on Main Street. In addition, the contractor will be installing a safety corridor for pedestrians in places where the sidewalk is not accessible.

Work is continuing on Main Street just north of City Hall to Pacific Avenue with the installation of curb, gutter and sidewalks. Pacific Avenue at Main Street will be closed until 5/29/17 so that the contractor can install the curb ramps and cross gutters. Click here for a detour map. 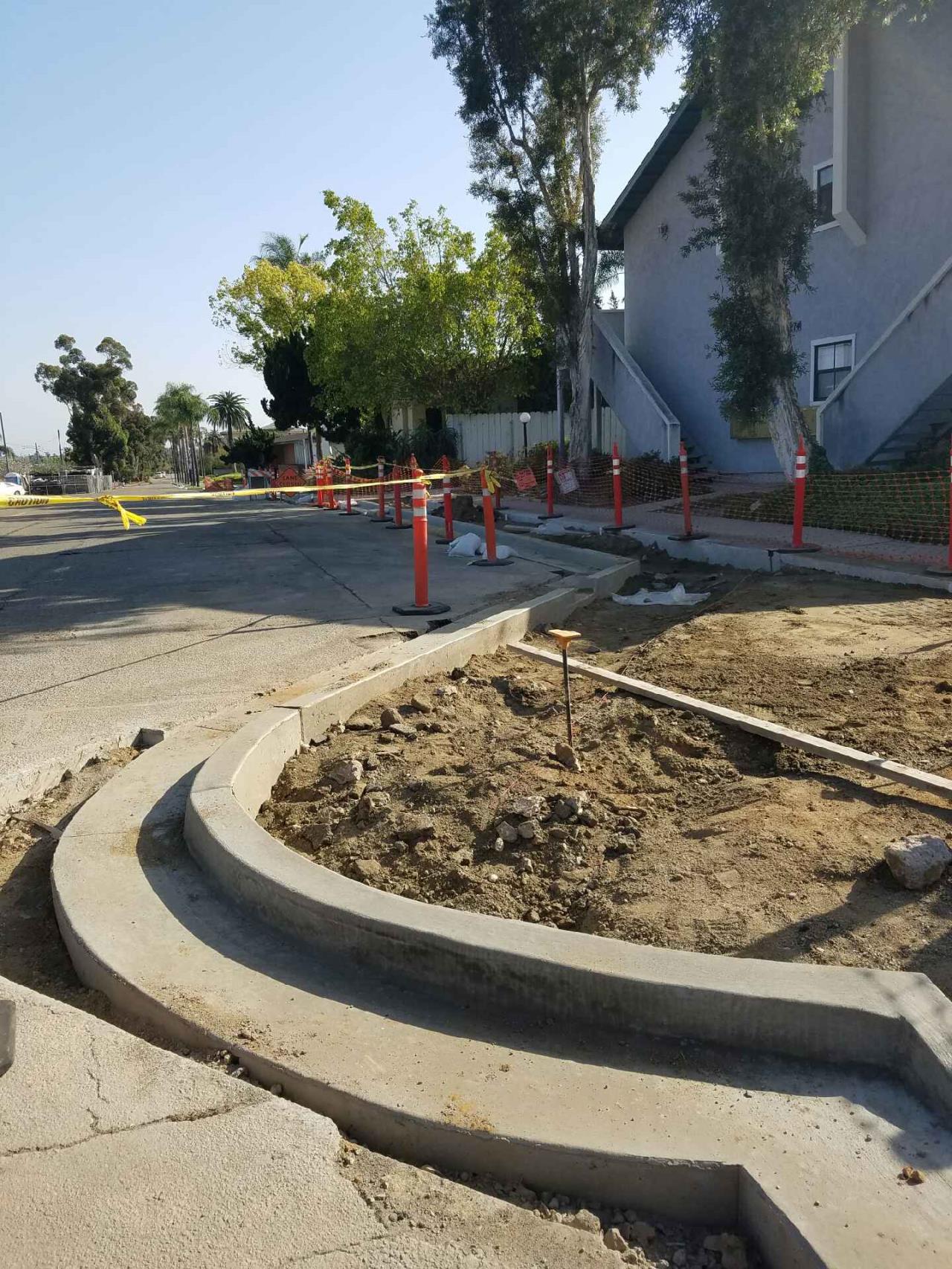 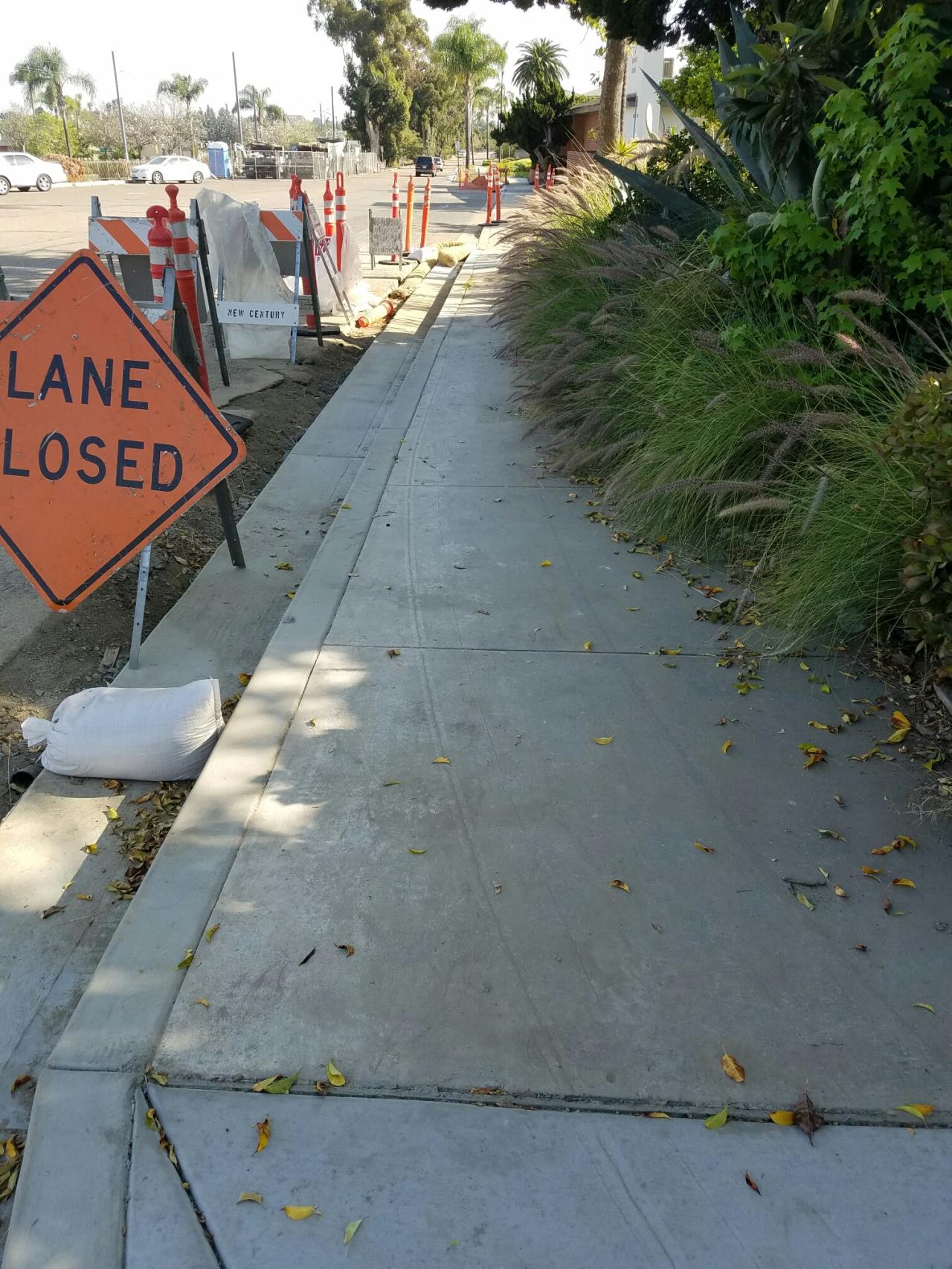 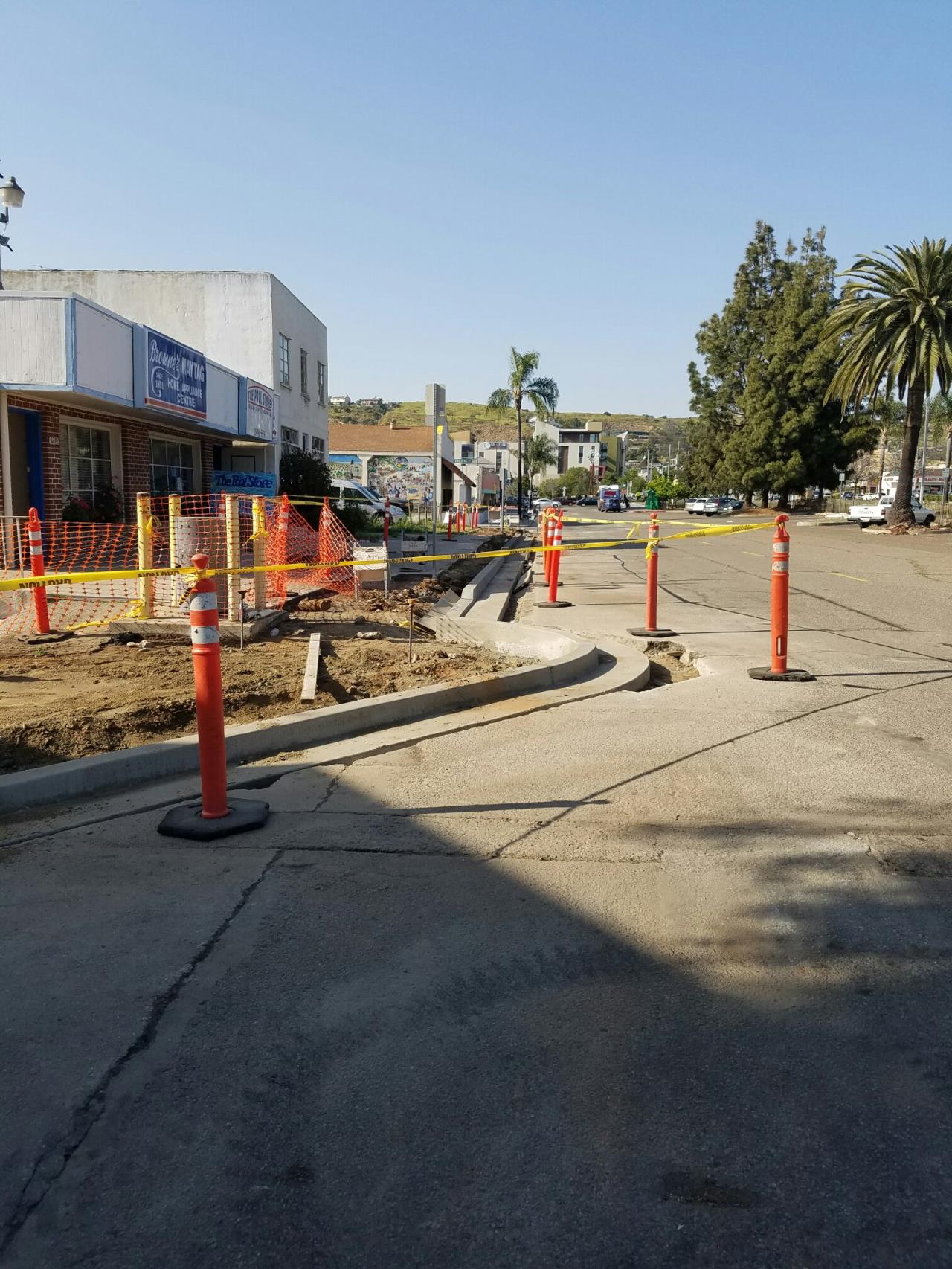 Work is continuing on Main Street between City Hall and Broadway. Pop outs with planter areas have been formed and are curing. ADA ramps have been installed and the cross gutter at Main and Pacific will be poured on Friday May 12th. 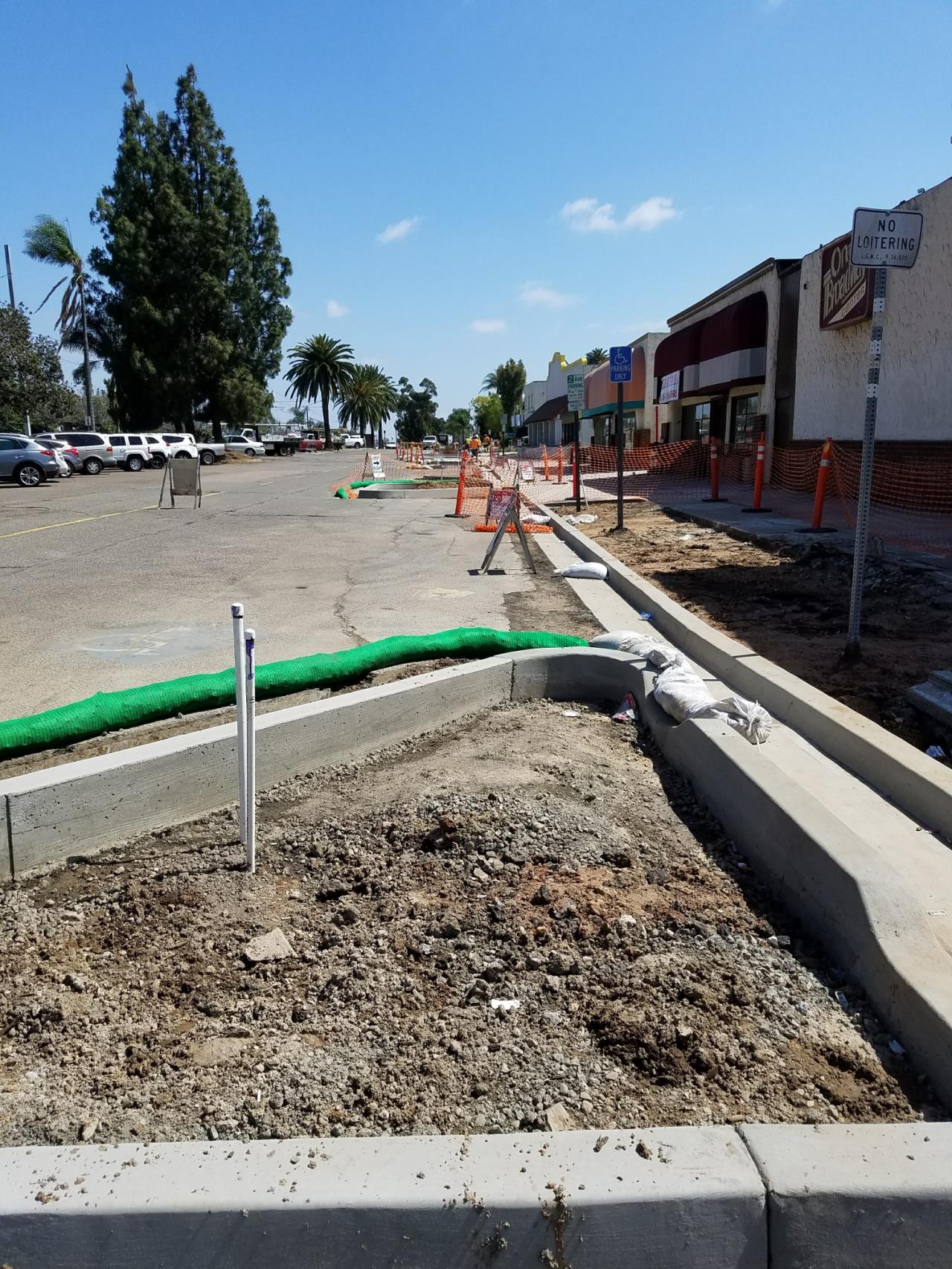 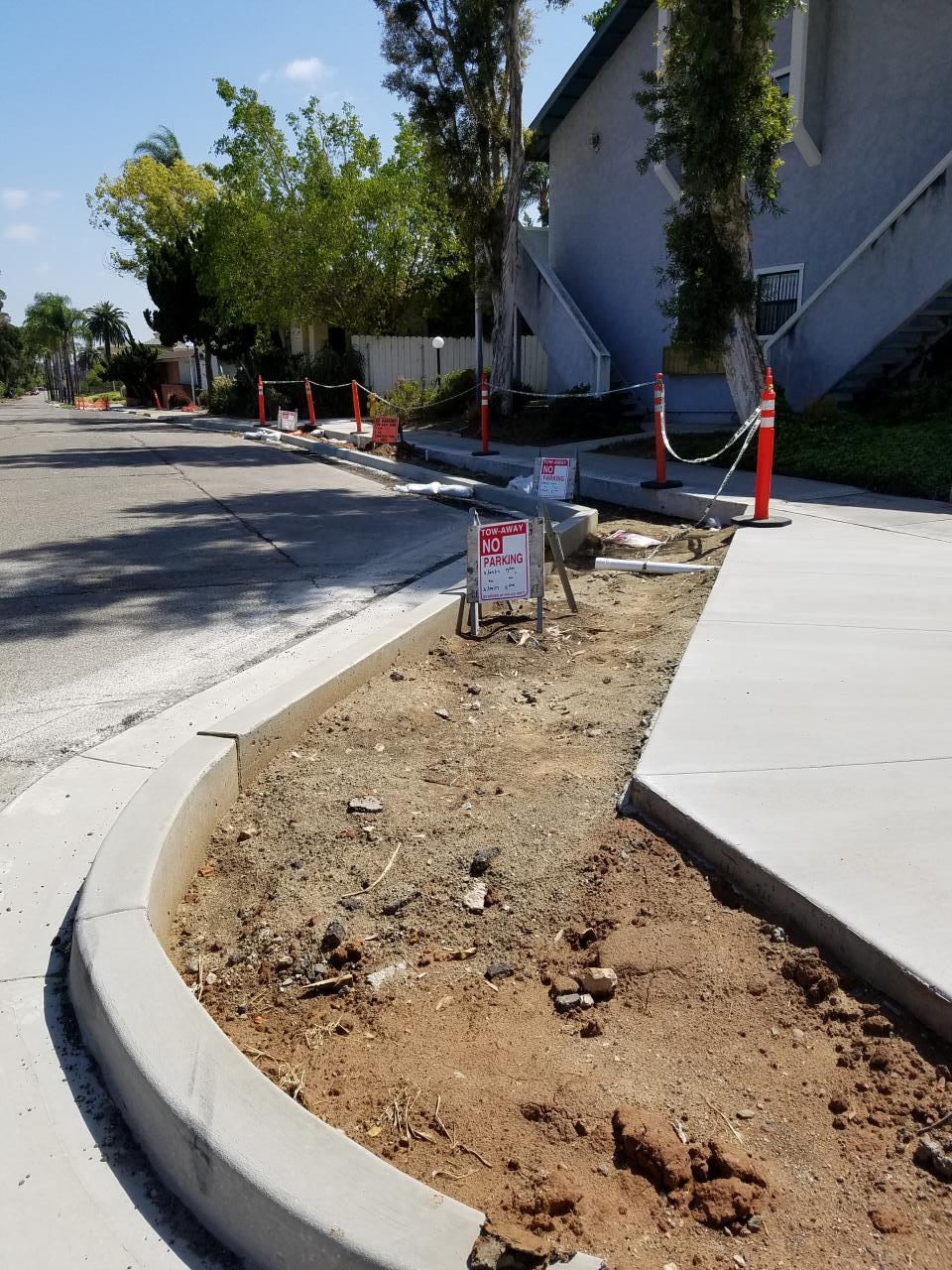